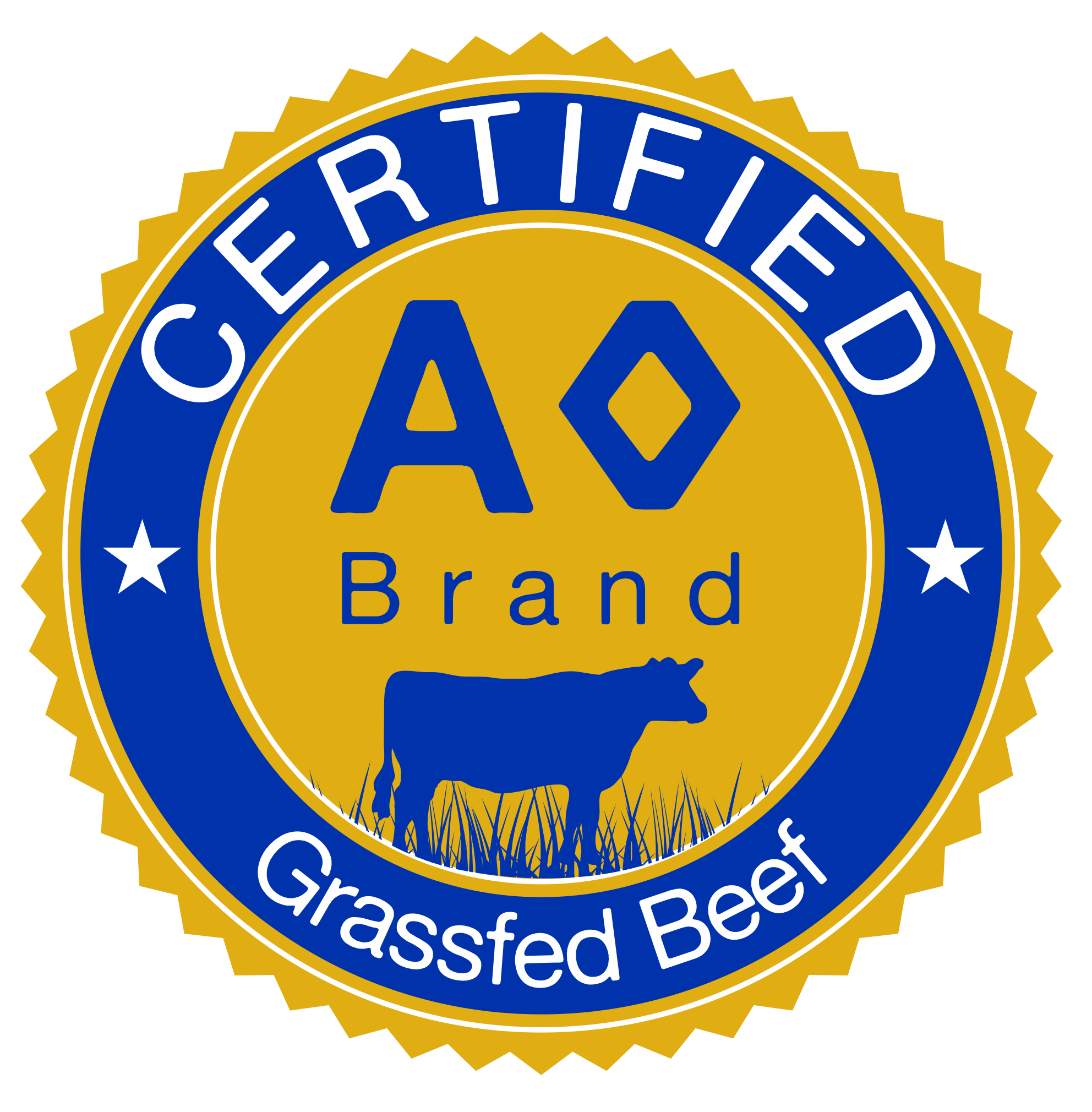 A◊ Brand, Ltd. is a family owned and operated Certified Grassfed beef producer located in the wet mountains of Southern Colorado. The ranch has beautiful blue spruce, pine, and aspen trees. Our cattle breathe the fresh mountain air and freely graze the lush green, native grass which grows abundantly due to the cooler summers and mild winters. With the area averaging over 300 sunny days per year, the cattle are happy all year long. Natural spring and creek fed ponds supply fresh water year-round to ensure healthy, well hydrated cattle.

Get to Know Us 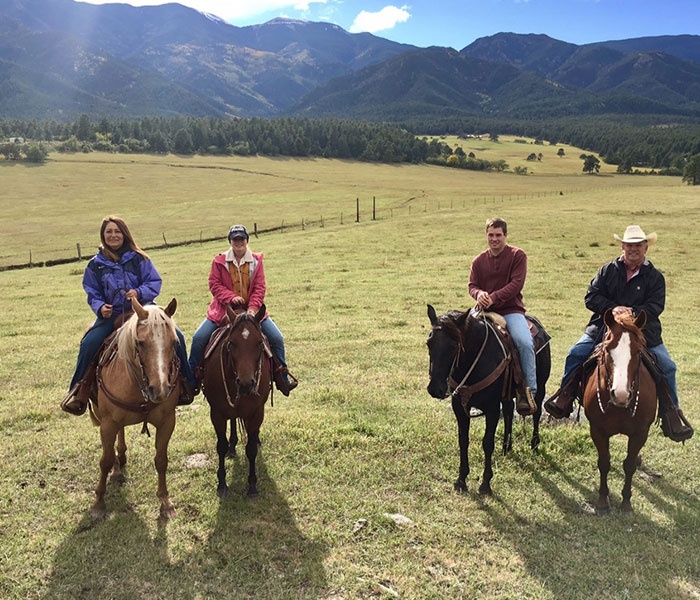 A◊ Brand, Ltd., is owned and operated by the Curtis Family: Kendall, Lori, Karlee and Nik. Year round work is done mostly ourselves but we couldn’t get by without the great help of our family and friends.

For many years our family has enjoyed farming and ranching in Southern Colorado. Our children grew up learning about raising healthy cattle, being good stewards of the land and having a good worth ethic.

In 2017 we moved to the wet mountains of Southern Colorado. Here, we enjoy raising our cattle where they graze mountain brome grass surrounded by fresh mountain air, wide open space, and peaceful natural sounds. We are so very fortunate and blessed to call this our home.

Where It All Began

Kendall’s paternal great, great grandfather entered the packing business in 1860 with the Chicago Packing and Provision Company. Under the supervision of his father, Kendall’s great grandfather William H. Raschke began in the business as a boy in the curing cellars. He remained with this company in various capacities for 10 years then managed Cooperative Packing Co. in Rockford, Illinois and later was called upon by Armstrong Packing Co. in Dallas, Texas to manage their operation. In 1919 he established the Raschke Brokerage Co. which brokered the sale and purchase of meat packing plants across the Nation. In March of 1930, William was made an offer he couldn’t refuse by the Nuckoll’s brothers to manage their state of the art packing company in Pueblo, Colorado. Nuckolls Packing Company was the largest packing house west of the Mississippi.

In an address dated March 29, 1930, before a membership meeting of the Chamber of Commerce, William declared that the state of Colorado offers unexcelled facilities for the extensive raising of livestock. “The prevalence of the ultra violet ray in the sunshine of Colorado, augmented by the invigorating atmosphere attending the high altitude, provide stock with nourishment that is not found in any other climate or locality.” “Colorado’s supremacy as a stock raising center is demonstrated in the fact that its grassfed beef compares favorably in nutritive value with that obtained from corn fed cattle from eastern markets.” 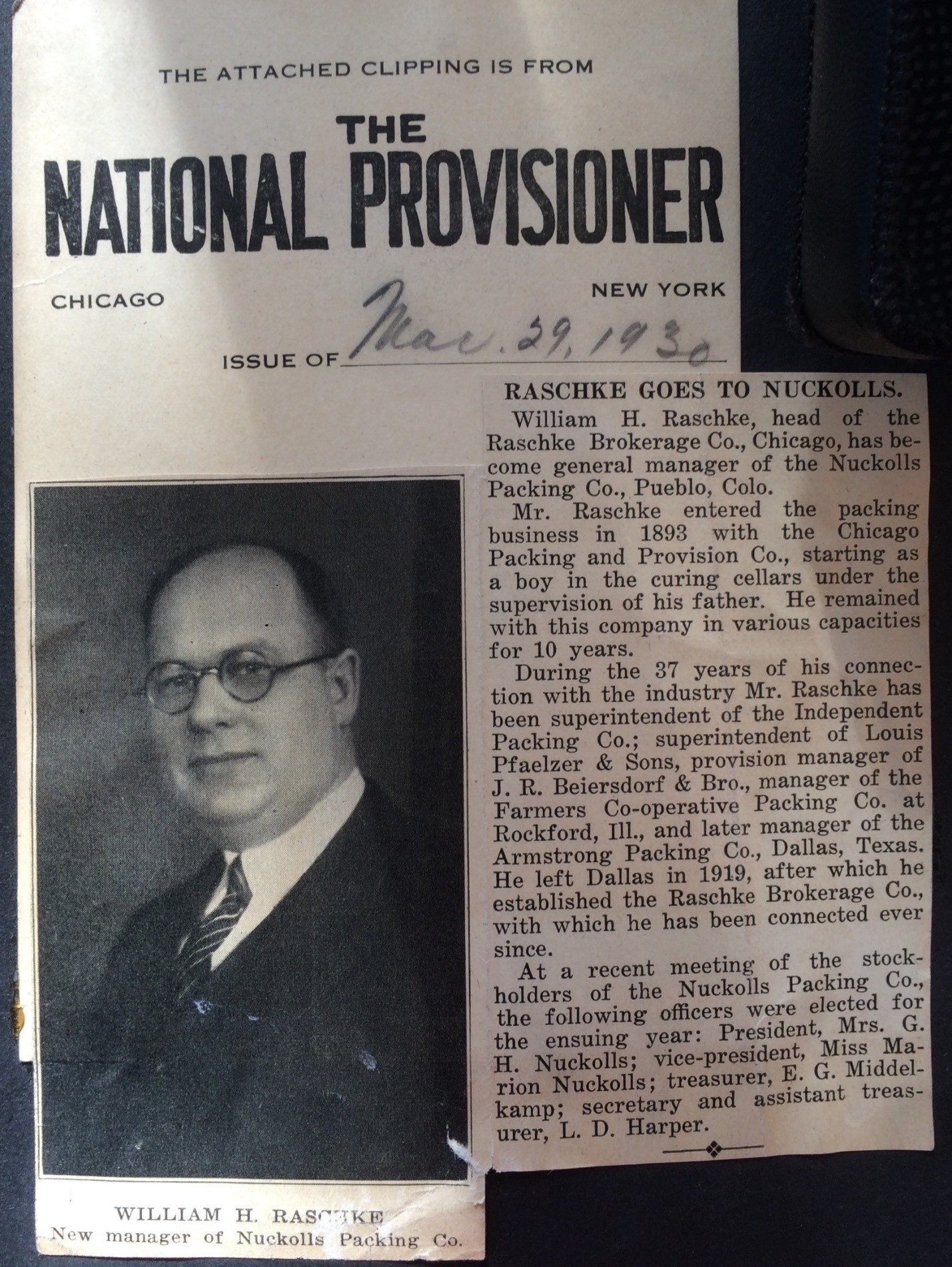 In 1932, William hired Adolph D. Curtis as the Nuckolls Sales Manager. Adolph was introduced to Williams daughter, Sylvia Raschke and eventually the two married. They had two sons, Warren and Keith. 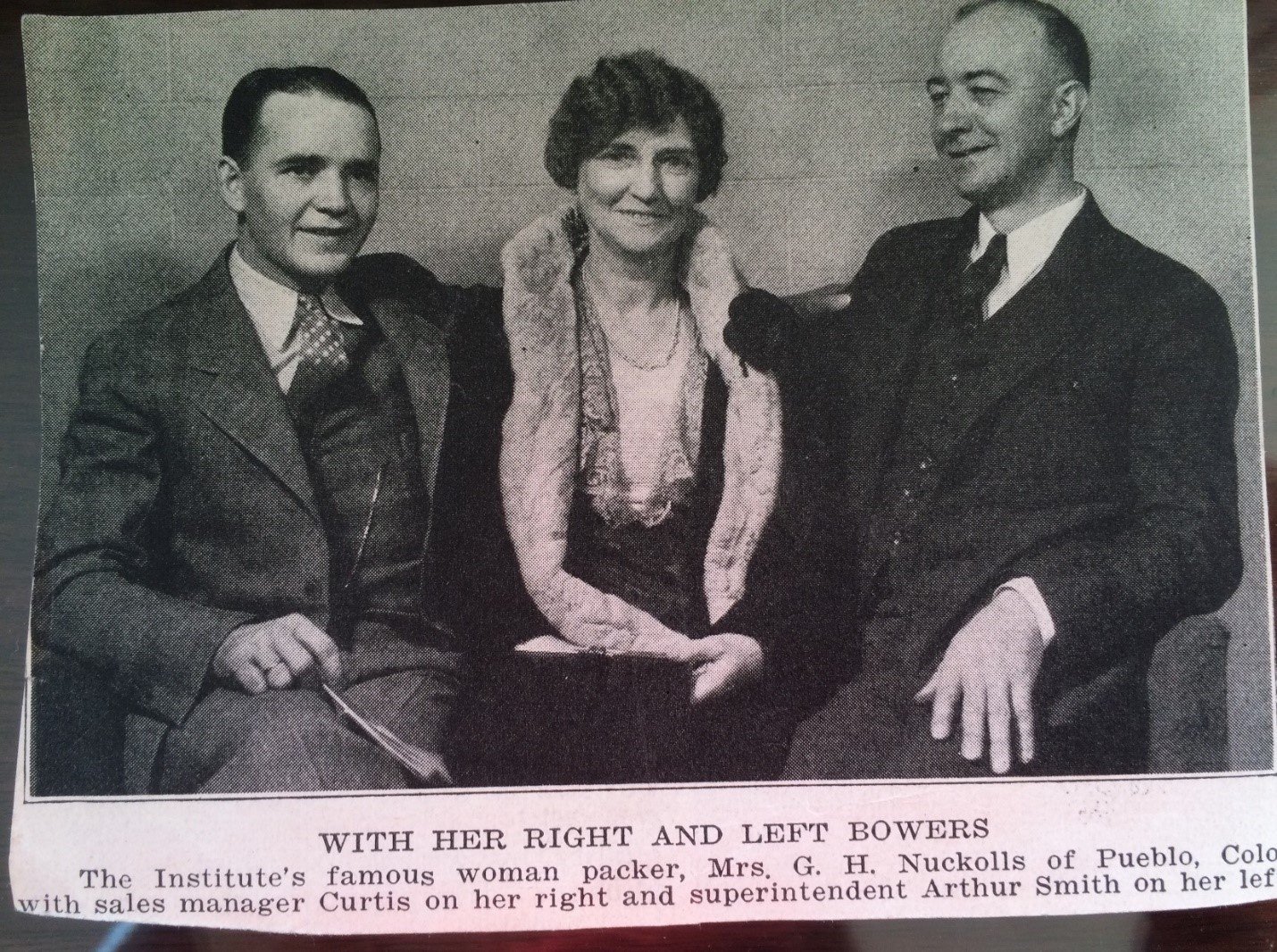 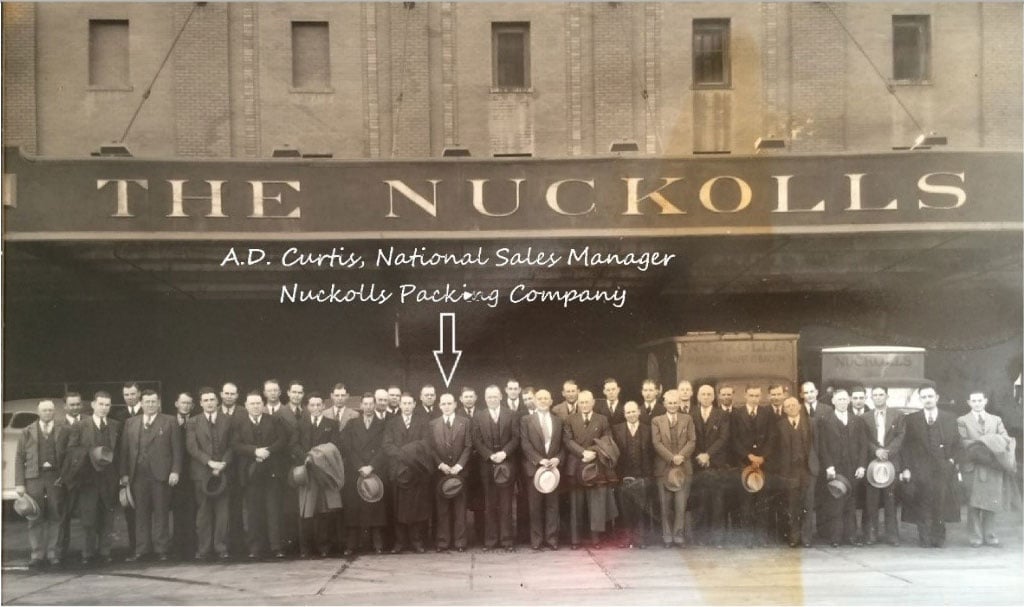 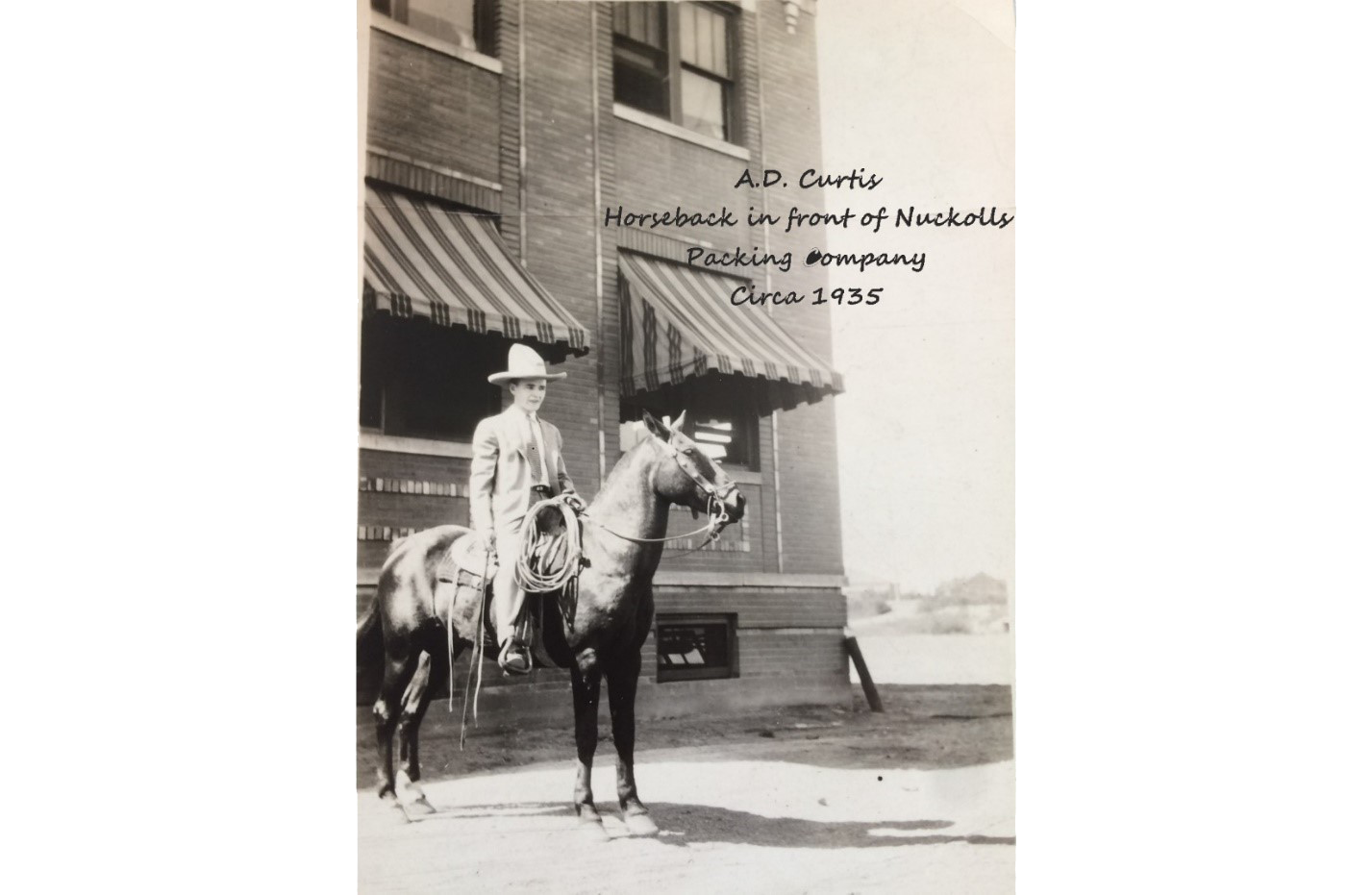 In 1938, A. D. Curtis started Pueblo Packing Co., selling beef in Southern Colorado to many wholesale customers such as Safeway, Arapohoe Foods and Chet’s Market and manoy other grocery stores. They also shipped their products nationwide. 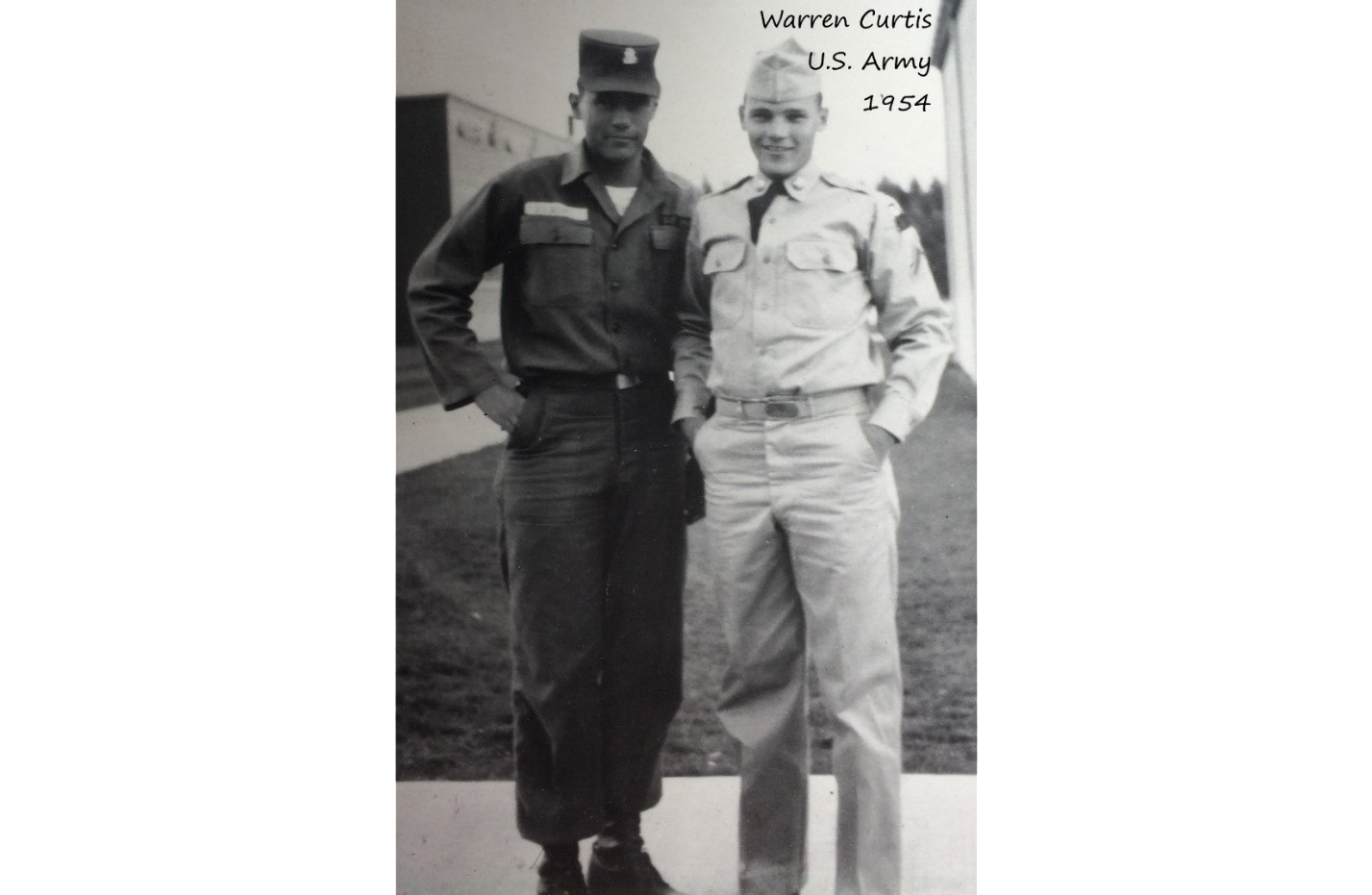 Call us to schedule an appointment or consultation!

We serve all of Colorado.